Transgenic Bacterias Based on htDNA-chip®

Transgenic Bacterias Based on htDNA-chip®

What are the transgenic bacterias?

By introducing the target gene into the bacteria to express it to get desired proteins, we get the transgenic bacterias. Since the proteins produced by fermentation are often ultimately used in the food industry, agriculture and healthcare. The safety of genetic bacterias is very important. The selection and designing of bacterias requires the following characteristics. Firstly, the bacterial fermentation process needs to have a high conversion rate and a high yield. Secondly, bacterias can use commonly used carbon sources for uninterrupted continuous fermentation. Thirdly, the strain is not a pathogenic bacteria, nor does it produce endotoxins. Fourthly, the metabolic process of the strain is artificially controllable. Fifthly, the genome of the strain can remain stable after proper DNA recombination.

In agriculture, genetically modified bacterias are mainly used in biological pesticides, crop fertilizers and pesticide degradation. For example, biological insecticides can be produced by introducing insecticidal genes. Such insecticides can kill pest larvae, but they are very safe for humans. Genetic engineering can also be used to increase the expression of nitrogen-fixing-related genes in rhizobia, so that crops can better absorb fertilizer. In addition, the use of chemical pesticides in the process of agricultural production can easily cause serious excess pesticide residues in agricultural products. Through genetic engineering screening of pesticide degradation genes, the efficient degradation of a variety of pesticides can be achieved.

Genetically engineered bacterias can be used as an overexpression platform for foreign proteins. Used in the production of medical vaccines, protein drugs, antibody drugs, and medical antibiotics.

What can htDNA-chip® platform do in transgenic bacterias?

Similar to transgenic animals and plants, the construction of transgenic bacterias is mainly divided into the following steps, including target gene acquisition, gene expression vector construction, target gene introduction into recipient cells, recipient cell proliferation, and transgene identification. Bacteria is a single-celled organism. On the one hand, you can use it as a host to assemble various types of target genes into a cell. On the other hand, you can use genetically modified bacterias to produce protein products. The high-throughput htDNA-chip® technology platform can be mainly applied to the screening and amplification of target genes and the results identification. 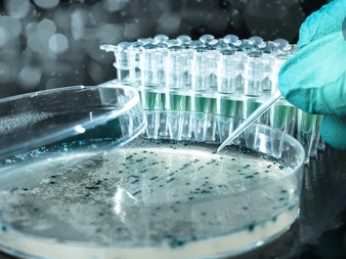 The screening and amplification of target genes 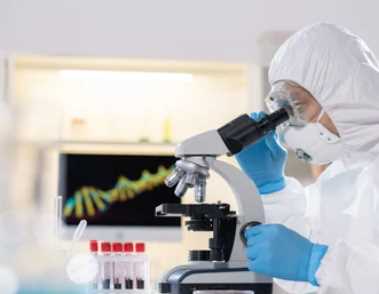 In order to confirm the successful integration of the target gene into the recipient cell, the final step of screening is required. Through the high-throughput next-generation sequencing technology of htDNA-chip®, it is possible to efficiently complete many sets of gene sequencing in a single run, which improves the efficiency of screening. Then you can select the successful transgenic bacterias for large-scale cultivation.

All services are available on a 24/7/365 basis. If you are interested in CD BioSciences' htDNA-chip® platform, please contact us.

For research use only. Not intended for any clinical use.